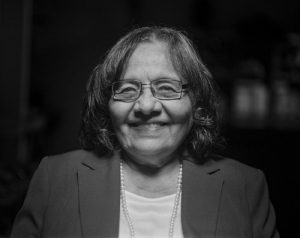 “With Martin Luther King we have the holiday and we talk about how wonderful he was. But we really should develop his work. That’s our responsibility – everybody’s responsibility. There are 300 million of us, and social change is the job of each of us.”

– Diane Nash in King in the Wilderness

Today, the Kunhardt Film Foundation is releasing The Interview Archive, a free online platform including the film King in the Wilderness about the last three years of Dr. Martin Luther King Jr.’s life, 1965-1968, and the 19 interviews with his colleagues and confidants from which it is constructed. The film, directed by Peter Kunhardt and produced by Kunhardt Films, is told through the first-person accounts collected during in-depth interviews of luminaries like Marian Wright Edelman, Harry Belafonte and John Lewis, as well as lesser-known colleagues and scholars, like Xernona Clayton and Dr. Mary Lou Finley.

Rev. Jesse Jackson says in the film, “(Dr. King) speaks to this generation clearly – as if he’s in yesterday’s morning paper. He speaks to us clearly. His strategies, his philosophy, his world view remain real today.” Fifty years after the assassination of Dr. Martin Luther King Jr., our nation is divided. Issues of income inequality, race and militarism are on the front pages of our newspaper, and protesters are in the streets.  At Blueshift, we have spent this summer immersed in Dr. Martin Luther King Jr.’s life, and it has been an enlightening and truly transformative experience.

What emerges from their stories is a portrait of a man – a complex, multi-faceted human being –  whose life and experience has more to teach us than the words of his most famous speeches. The film illuminates the struggles of Dr. King and the Civil Rights Movement between 1965-1968, after the Civil Rights Act passed, and as he and his colleagues courageously took on the “triple evils” of racism, poverty and militarism. Moving to address housing and employment inequality in Chicago, solidifying the goals of the Poor People’s Campaign, and Dr. King’s decision to speak out against the war in Viet Nam are all chronicled alongside his pain and doubt as allies and friends turned away from him as a result

We hear from his friends and colleagues that Dr. King was conflicted, he was hurt by the widespread criticism, but held onto his moral belief and commitment to nonviolence. To him, it was a way of life, not just an organizing tactic, and his conscience influenced all of his decisions and actions as one of the most visible leaders of the Civil Rights Movement. As writers and educators, it is the integrity and moral conviction of his actions that inspire us as we seek to apply what we learn from him to today’s problems.

We were honored to work closely with the Kunhardt Film Foundation and HBO, and are grateful for the support of the Arthur M Blank Family Foundation, Bank of America, and the Kohlberg Foundation to create a screening guide and six classroom lessons to deepen students’ understanding of Dr. King and how history is constructed, and to pique their curiosity and skills as historians and they use the first-person accounts to explore further questions that arise. These materials will all be available for free to all and it is our sincere hope that educators, organizers, faith leaders and many others in classrooms, community organizations, faith communities, will use them to teach about Dr. King’s moral leadership.

Delving into this period of time and the memories and wisdom of these incredible civil rights activists is a gift and an inspiration. Each individual, each of us, has the power and the potential to make a difference, no matter the challenge in front of us. Please take the time to watch the film, the interviews, and use the screening materials in your community to honor his legacy.

— Marian Wright Edelman, in King in the Wilderness